The Story of Fuchsia: The Goths First Single

If there is one track that all Goths fans hold close to their heart, it’s ‘Fuchsia‘, The Goths first single and a staple of their live shows.

The history of the song is involved, and the lyrical content goes far deeper than one may imagine from the first listen. Read on to understand exactly what went into the track that spearheaded The Goths fantastical catalogue.

Fuchsia and the forming of The Goths

Goths guitarist and vocalist Johnny Stowmarries has been writing songs since 1980, yet it wasn’t until 1987 that he was contacted by a friend of a friend, Percy Blakeney, who suggested the two begin writing together.

Little did Blakeney know at the time, but Stowmarries had been suffering from writer’s block, struggling with a song titled ‘Fuchsia‘. Somewhat ironically, the writer’s block was reason enough for Stowmarries to give the idea of a writing partner a go.

Johnny described the encounter, “I played Percy what I had of ‘Fuchsia’ and explained to him my concept of writing this type of remembrance to the character”. 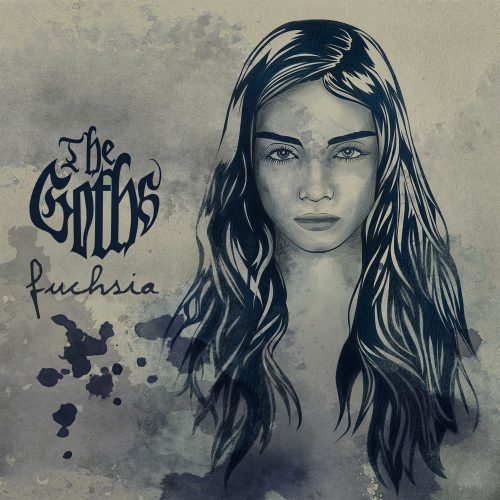 ‘Fuchsia‘ was intended to be a memorialisation of the character in Mervyn Peake’s Gormenghast novels, Fuchsia Groan. The music was taken care of, but the lyrics had yet to move past the first line.

Stowmarries had identified with the character who he’d followed through the story from self-absorbed teenager to a young lady both imaginative and affectionate, yet who becomes progressively melancholic, to the point where she tragically drowns in a flood.

While the character of Fuchsia resonated with Stowmarries, he felt it might have been too ambitious a lyric, especially with the history of Fuchsia Groan so well established and so entrenched in the minds of so many.

Johnny made clear the quandary “I felt it was because the story was a very, very great work, one of the greatest sustained flights of imagination in literature, a classic, surrealistic, very well-known, widely praised and admired, and this character Fuchsia was absolutely central”.

Luckily the writing partnership proved to be the push required to conceptualise the idea in ‘Fuchsia‘, and Blakeney’s additions were enough to flesh out the lyrics in a way that reflected Stowmarries intentions for the track.

Percy was literal that “the ‘‘wildflower’’ line was simply a reference to the fact that this is someone who doesn’t bask in sunlight, and ‘‘alveoli ventrolic’’ is basically an off-the-cuff coinage, a roundabout way of saying ‘‘watery death’’”.

The tribute that started it all

Stowmarries had always intended for ‘Fuchsia‘ to be a tribute to the character, and from this tribute, the blueprint for The Goths was formed.

The way the song’s lyrics explore a theme that mirrors the experiences of everyday people became a benchmark for The Goths catalogue that was to follow.

The track pinpointed The Goths style in a way that propelled their writing further. The world of The Goths was formed and ready to be expanded on. As all Goths fans know, the duo went on to do precisely that.